Australia has global and local expertise in energy recovery, and a passionate drive to champion these innovative technologies here in Australia.

Energy recovery – also known as Energy from Waste, Waste to Energy, EfW or W2E – is an umbrella term for an array of technologies, processes and practices which convert waste materials into energy or fuel. Energy recovery plants commonly recover energy and produce electricity from the combustion of non-recyclable waste, or through methane harvesting.

Methane rich gas can be captured from landfills, processed and used to generate renewable energy. Capturing methane helps to reduce global warming as it’s effect is 28 times stronger than that of CO2.

Energy can be recovered from thermal treatment facilities. In such facilities non-recyclable waste is treated at high temperature and energy is recovered from the process to produce power when is then supplied to nearby industry or the local grid. Such plants also allow to recover metals and aggregates for recycling and reduce the waste stream going to landfill by more than 95%.

Organic waste such as food waste, garden waste and wastewater can be used to produce biogas. This is done in a anaerobic digester where bacteria transform it into biogas which is then processed and can be used as carbon neutral substitute for natural gas or to produce power.

Non-recyclable waste can be diverted from landfill and put to beneficial use by producing RDF. The waste is processed and used to produce an alternative fuel for power generation or to replace fossil fuels in energy-intense industries. 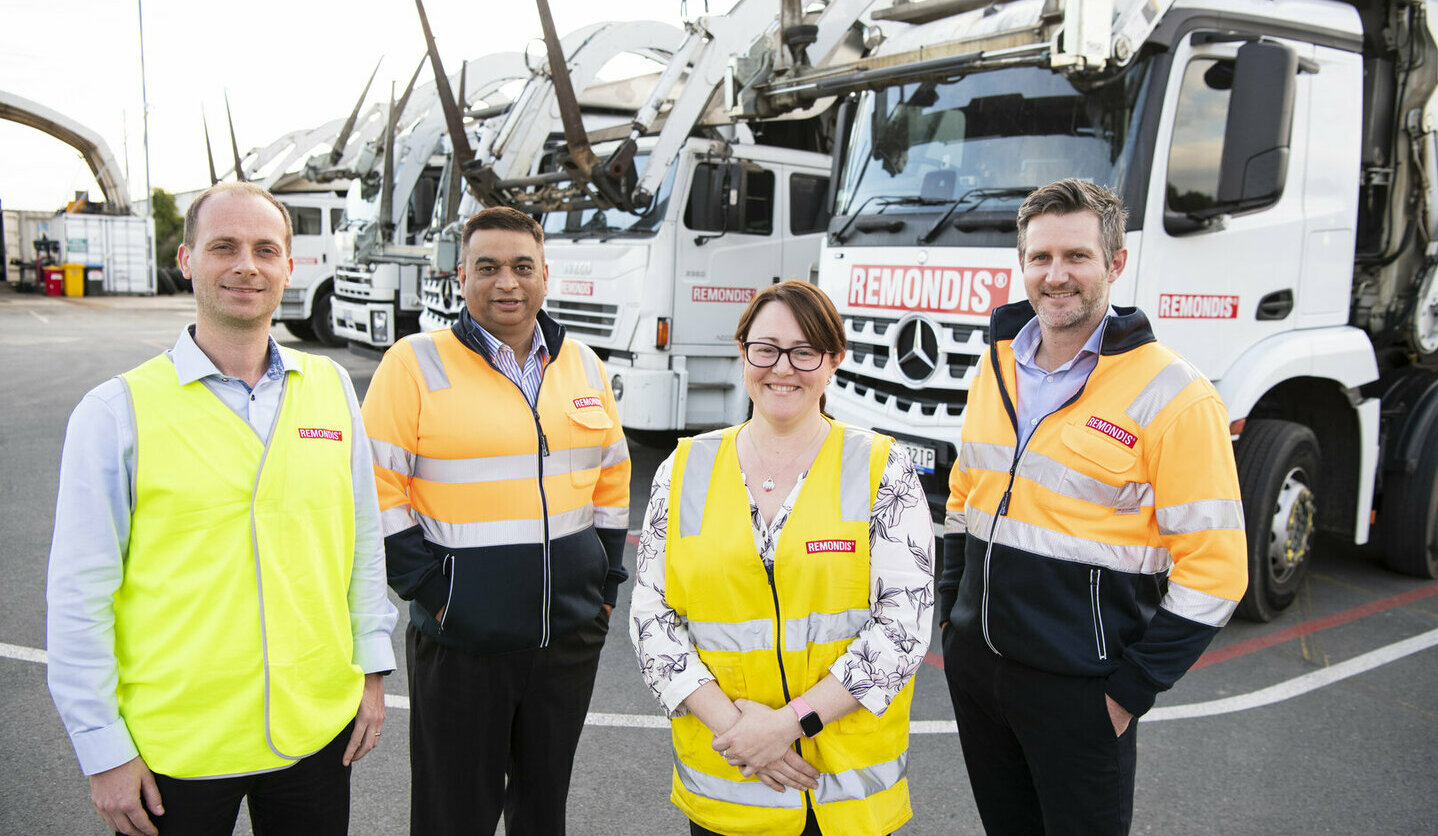 ReOrganic harvests methane from landfill at Swanbank, creating energy to feed into the local grid 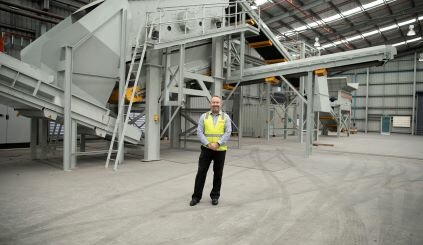 Our Refuse Derived Fuel (RDF) facility at Tomago processes waste into a solid fuel that can be used for energy-making in industrial settings, and as a cleaner alternative to the burning of fossil fuels 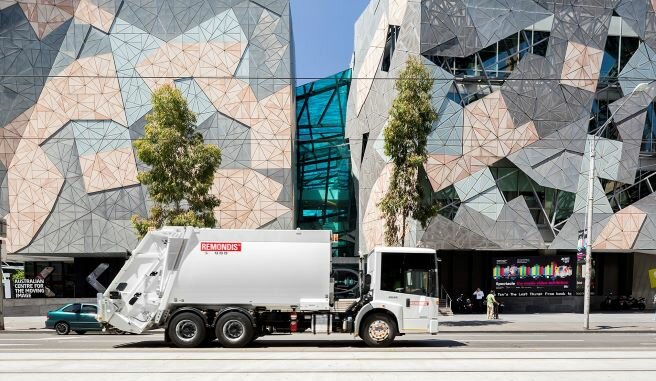 Swanbank Renewable Energy and Waste Management Facility in the City of Ipswich in South East Queensland is one of Australia’s largest landfills employing a leachate recirculation system to accelerate decomposition of waste and the production of methane gas to generate electricity – in an operation we call ReOrganic, operated in joint venture with REMONDIS and LMS Energy.

REMONDIS is a world leader in developing, owning and managing a diverse array of Energy from Waste facilities, with 16 EfW facilities currently in operation, largely in Europe. We produce climate-friendly energy through combustion of non-recyclable waste and biomass, by thermally treating sewage sludge, through anaerobic digestion to create biogas… and more. Explore the wide world of sustainable energy production here and below.

Industrial wastewater, especially water from the food processing industry, often contains large amounts of organic substances. We use fully automated anaerobic pre-treatment systems to eliminate these organic substances from the wastewater and generate biogas, a particularly efficient form of energy, at the same time. This biogas can, for example, be transformed into electricity by a combined heat and power plant or can be used to substitute natural gas to produce process heat.

The RE2ENERGY® process is a plant and reactor concept which has been perfectly adapted to the requirements of wastewater treatment and the production of biogas.

One of REMONDIS’ customers using this RE2ENERGY process is the Oettinger Brewery in Mönchengladbach. This highly efficient system is cost effective, helps prevent climate change and produces energy – and was the reason why the Oettinger Brewery was awarded the IHK Energy Efficiency Prize in 2014.

RE2ENERGY®, however, is not only used in companies but at a variety of municipal sewage treatment plants as well. The biogas produced is transformed on site into energy, supplying the plants with both electricity to power their operations as well as heat to heat their digested sludge tanks. With all of it being totally carbon-neutral.

In 2004 the German Government introduced the Renewable Energy Act 2004 (EEG 2004) which classified energy from wood burning power plants as 100% renewable. In response to this legislative change, REMONDIS developed and constructed a single-lined wood waste fired biomass power plant with a rated thermal capacity of 67 MWth and an annual throughput of approximately 140,000 tonnes per year of waste wood.

The wood waste feedstock was sourced from several waste streams, including commercial timber collections. Uniquely, this plant also targeted a stream of domestic waste that historically had limited outlets. This wood and garden waste material was too large for the existing Food Organics Garden Organics (FOGO) collection process within Germany and had limited available outlets. The new power plant also provided a renewable energy option for oversize materials that made their way to Germany’s many composting facilities, diverting these difficult residual domestic waste streams into a new Energy from Waste (EfW) solution.

The BMK Lunen biomass power plant is feeding the electricity into the public grid under the long-term guaranteed tariff of the German EEG 2004, but also forms an integral part of Lippe Plant’s network of infrastructure.

Lippe Plant includes two Energy from Waste plants which, in addition to feeding electricity to the domestic grid and steam to district heating, provide steam and electricity power to run the many other waste and material recycling facilities within the site. Every year, REMONDIS' Lippe Plant generates 336,900 MWh of carbon-neutral energy from incinerating waste (158,600 MWh from BMK Lunen biomass-fired power plant) – energy, therefore, that is produced without any fossil fuels.

REMONDIS is the owner, developer and manager of BMK Lunen.
Innovations in the design process include:

Commissioned in 2007, the development of EVZA Stassfurt involved the construction and commissioning of a two-lined Energy from Waste Plant with a rated thermal capacity of 112 MWth and an annual throughput of approx. 320,000 tonnes of municipal and C&I waste.

The technology of the EVZA Stassfurt comprises a waste receiving and storage section, two complete process trains with grate combustion, boilers, and flue gas scrubbing as well as the thermal system for energy recovery and the associated auxiliary facilities.

The electricity produced is fed into the grid and used to cover the plant's own requirements. In addition, as the site is located next to Europe's largest sodium carbonate manufacturer, Sodawerk Stassfurt, long term electricity and process steam offtake arrangements are in place with the manufacturing plant.

By combining heat and power, the plant makes the very most of the energy contained in the waste.

The project also included innovations specific to the location, including:

REMONDIS is the owner, developer and manager of EVZA Stassfurt. 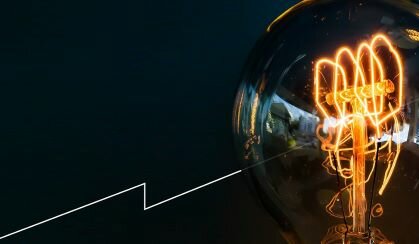